Knowing how to use a greenhouse makes a good farmer 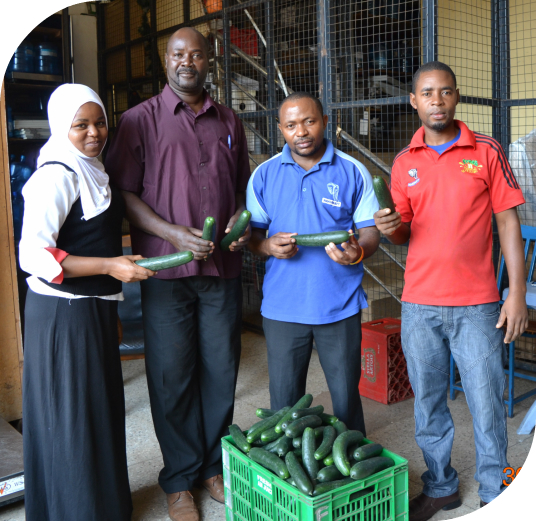 He said he was often misled on his failing crops. When SEVIA visited him for the first time, he was growing sukuma wiki in his greenhouse.

After his first consultation he was alerted by SEVIA that his plot had a serious case of bacteria wilt. And due to poor construction of the green house, the air circulation was ineffective which caused other diseases due to high humidity.

After just over one month of guidance and good farming practice his new crop (cucumber) was ready for harvest.

He was urged to seek market before harvesting and he successfully managed to secure a market with Nakumatt Moshi. Due to the good quality of his products he was asked to consider supplying a number of other vegetables.

One thing all farmers should have in mind is that they should always seek advice before and after setting up the greenhouse. It is the farming skills that make the difference!